Chen Zhu, the vice chairman of the standing committee of the National People’s Congress and president of the Red Cross Society, Qu Fenghong, the vice secretary-general of the National Committee of the Chinese People’s Political Con-sultative Conference, Zhong Nanshan, Li Lanjuan and Wang Chen, academicians of Chinese Academy of Engineering, who have made outstanding contributions to the fight against the epidemic situation, attended this ceremony.

With the theme of “Sharing Breath Sharing Fate”, the ceremony aimed to publicize the outstanding contributions made by physicians during the period of fighting the epidemic, promote Public welfare projects by all sectors of society, establish the public welfare project benchmark and the example of charity physicians, and improve the harmonious doctor-patient relationship as well. It gathered all kinds of resources, focused on the development of public health, promoted the high quality development of health care in all aspects, and finally realized the beautiful vision of healthy China.

“Physicians are the loveliest people in the new era; Physicians’ original intention hasn’t changed ever,” said Zhong Nanshan, the academicians of Chinese Academy of Engineering, who delivered the greatest affirmation to the hard work of physicians in his speech. “However, it is far from enough for only doctors or nurses to participate in public welfare activities; Medical public welfare action is not only the individual behavior of doctors or in public welfare activities; As the Healthy China 2030 Plan has put forward “Co-construction and Sharing” as the basic path of establishing a healthy China, it requires multiple forces to participate to realize the beautiful vision of healthy China.” 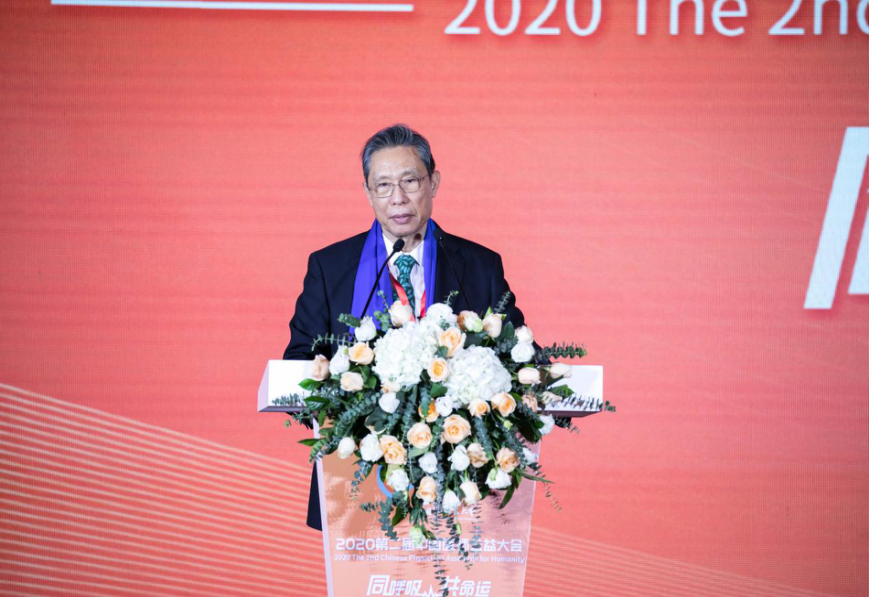 “Generations of Chinese physicians who have a deep sense of home and country, have spread medical civilization, promoted the development of medical public welfare and served the people with heart and soul for a long time, depending on their noble medical ethics and superb medical skills,” said Chen Zhu, the vice chairman of the standing committee of the National People’s Congress. He also expressed his high respect for the majority of physicians in the key speech. He said that China had experienced an unforgettable epidemic test this year and this epidemic was a real warning to us – Human beings are a community sharing destiny. Chen Zhu also shared three personal experiences, “Firstly, we should vigorously carry forward and practice the great anti epidemic spirit and strive to be a good physician in the new era; next, we should actively devote ourselves to the public welfare of physicians and contribute to the construction of a healthy China; the last, but not the least, we should adhere to the responsibility and mission of physicians, and strive to promote the construction of human health community.”

Disaster is a mirror to see the soul of a nation. The Chinese spirit is tempered in the fight of resisting epidemic and sublimated in tempering. This precious spiritual wealth will always be the source of strength for the Chinese to overcome difficulties and move forward bravely. The academician of Chinese Academy of Engineering Wang Chen expressed relevant opinions under the theme of “Carrying forward the anti- epidemic spirit and developing medical health undertakings ” at the ceremony. 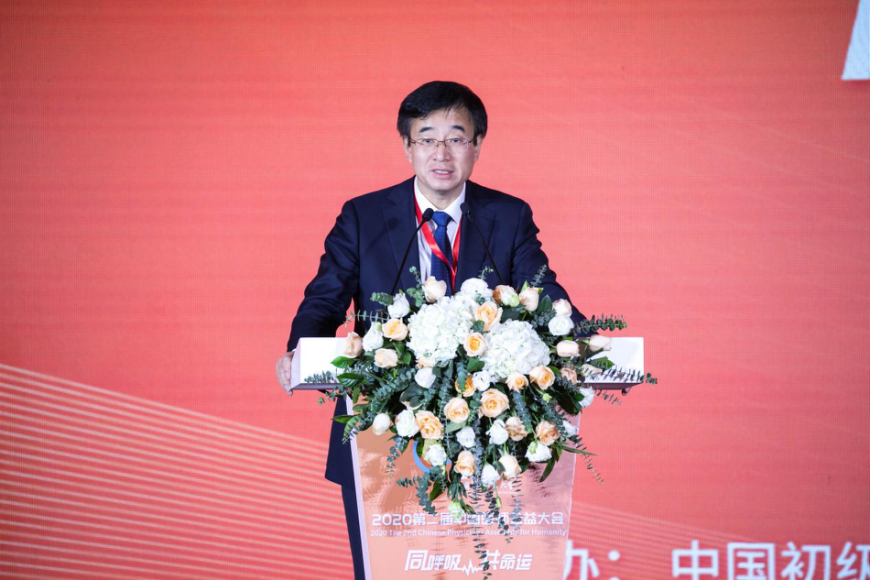 Science is the rival of viruses, also the most powerful weapon for human beings to overcome disasters and epidemics. Li Lanjuan, the academician of Chinese Academy of Engineering, shared the experience of applying big data, artificial intelligence and other scientific and technological ways to prevent and control this epidemic at the meeting. She also applied the method named “four-anti and two-balance” and other new technologies such as artificial liver, microecology and stem cells to the patients to improve dyspnea. She declared that the use of technology could hold up the hope of life in the time of crisis. 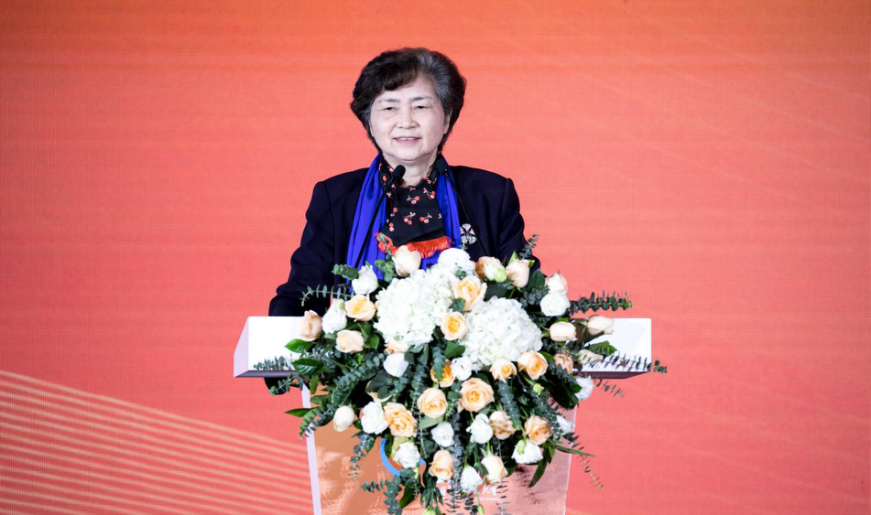 In addition, it was proposed in the Fifth Plenary Session of the 19th CPC Central Committee that We should improve the multi-level social security system, improve the health system, and comprehensively promote healthy China. Multi-level medical security brings lots of benefits to our people. At the ceremony, the academician Zhong Nanshan, the vice president of China Primary Health Care Foundation Hu Ningning, the director and project executive director of International Research Center for Medical Management in Peking University Ren Pengxuan, the vice president of the China Social Insurance Association Tang Jisong together unveiled the multi-level medical security service action in order to make contributions on promoting the improvement of Chinese multi-level medical security system in a better way.

In the era of global economy, major emergency as COVID-19 will not be the last. The experts and scholars have mentioned many times that we must always be prepared for the new challenges continually brought by traditional and non-traditional security issues. At the ceremony, the academician Zhong Nanshan, Li Lanjuan, the vice president and Secretary General of Chinese Preventive Medicine Association Liang Xiaofeng, the head of the Chinese anti-epidemic medical expert team to Serbia Peng Zhiqiang held a roundtable discussion on the topic of “disaster and emergency medical response in combination with the global epidemic situation and China’s anti-epidemic experience”. 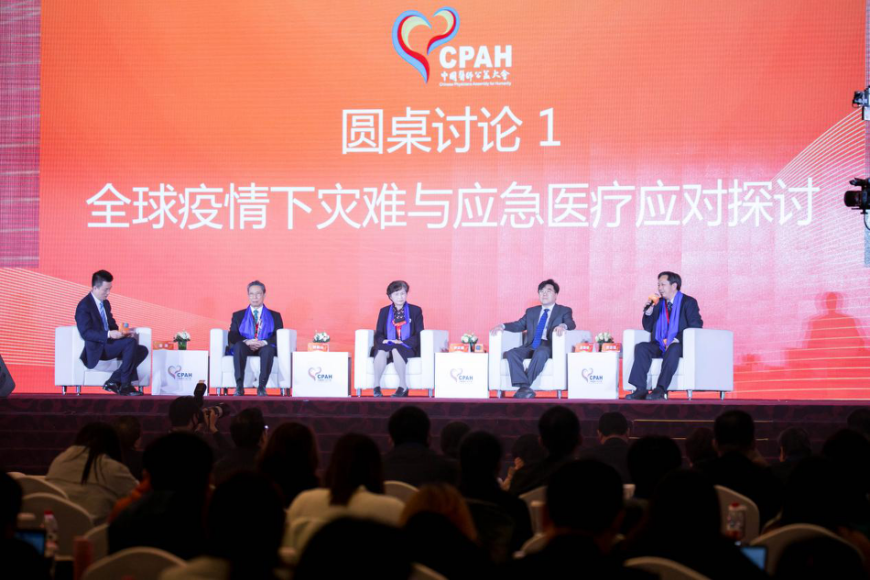 Roundtable discussions on different topics were also held at the ceremony, including “health management under the epidemic situation”, “multiple forces participating in social security”, and “standardized implementation of cancer diagnosis and treatment in post epidemic era”, so as to continuously explore and think about the realization of health of nation wide.

The heroes in white are the support of the country, who are in armor, overcome difficulties, and guard life in peace time. At the ceremony, the academician Zhong Nanshan, who won the medal of the Republic, leaded the commonweal physicians to take the oath of “Great Medical Great Faith”. The oath had fully demonstrated the spirit of our physicians and their firm determination to devote themselves to the health of the people. It showed the firm belief of our physicians in overcoming and defeating the COVID-19. 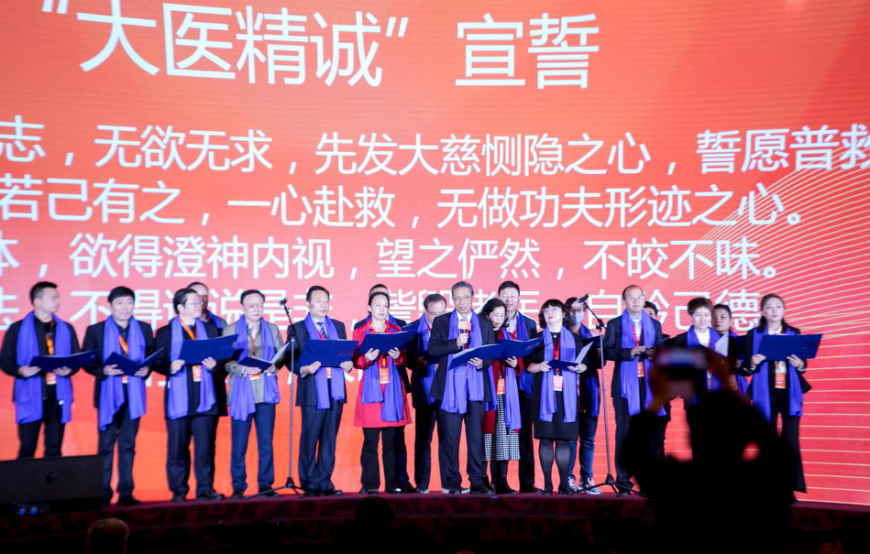 At the end of the ceremony, excellent public welfare projects were displayed, showing people the efforts and support made by all walks of life for the public welfare of physicians in recent years.

Cao Xirong, the president of China Primary Health Care Foundation, said in his closing speech that he expected the common memory of the whole people’s fight against the epidemic to promote the upgrading of China’s public welfare concept. “The government, enterprises, social organizations, the people and the media should work together to let everybody fully display his talents and make the best use of everything; meanwhile, people should do their best to make the public welfare resources more optimized combination and make the concept of public welfare take deep roots in the heart of our people.”